Mid October last year, I backpacked through the Sangre de Cristo mountain range in Colorado and one of my buddies had the JetBoil Flash Cooking System. I loved it so much I decided to buy one of my own. 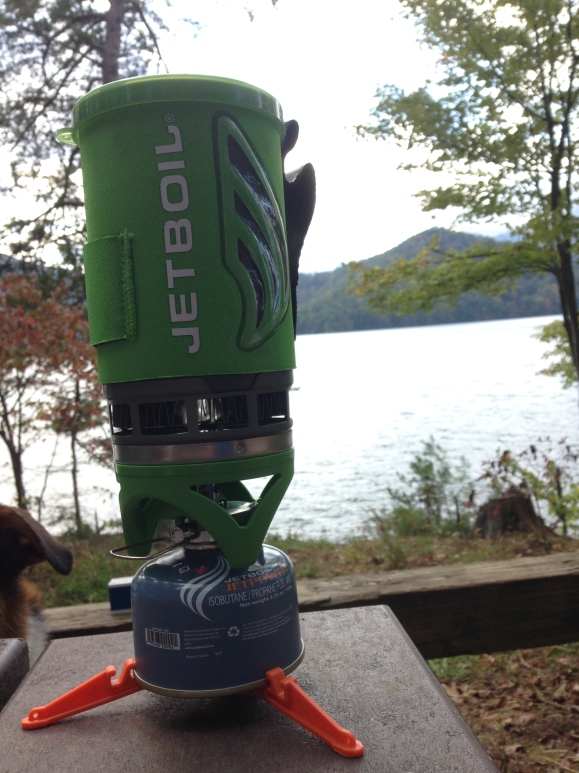 The experience I had on my own did not match the same experience I had last year with my buddies. After the first use, the push button igniter that sparks the flame failed. I need to add that the temperature was in the mid 60’s so that was not the issue. The SOL Advanced Cooking System works best in temperatures down to 20F. You basically have 3 options if this happens: 1. There are tons of forums (just google it) with user tricks on getting the lighting mechanism to work properly. 2. Just use a Bic lighter. That’s what I ended up doing and I’ve all but accepted this will be the norm. 3. Take it back to REI and they’ll exchange it.

The smallest JetBoil fuel tank, JetPower Fuel 100, should suffice for a weekend backpacking trip for 1-2 people. I primarily used mine for coffee. I just buy the Starbucks powder packages and pour directly into my mug. You can buy JetBoil’s Java Kit but honestly, it’s just extra stuff to manage. The coffee packets and hot water work just fine.

There is a color change heat indicator on the side of the canister but I really didn’t pay attention to it. Plus, it gets pretty hot so I wouldn’t touch it initially after your water is boiled.

There’s other accessories like a pot/pan support that might come in handy. I don’t know if that feature also fits down into the JetBoil Flash Cooking System. For an extra $15, it might be worth it if you want to eat something other than packaged backcountry food.